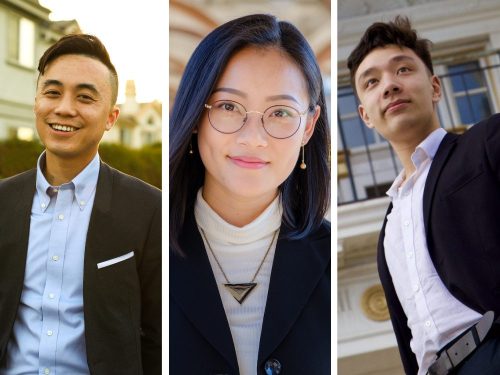 A number of young, queer people of color are “winning seats in towns that have not necessarily seen that sort of representation before,” says KQED Silicon Valley reporter Adhiti Bandlamudi. She’s been tracking Lee, Coleman and Shen’s progress, and notes that not only are all three of them Asian American, but they’re running for office in Bay Area cities “where they are sort of making history by even running.”

Lee, Coleman and Shen are fairly united in their politics as “young progressives that have really liberal-leaning policies,” says Bandlamudi — running on platforms like housing affordability, demilitarizing the police and the removal of school resource officers. “These are all platforms that are new and different, that have not necessarily been the status quo in these areas.”